Dartmouth Crossing Ltd. (DCL) is a big box store, retail, and office development built in an old quarry. The quarry included two asphalt plants and a dump site for inert material. It had left Grassy Brook largely untouched but the surrounding quarry operation affected the hydrology and past land use and geology presented many challenges for restoration of the watercourse as a Brook trout stream. The DCL wanted to have the brook as a signature feature, displaying it prominently in their logo, and to restore it to a natural and productive stream.

Since this was a quarry reclamation project we were able to do things to restore the hydrology of the brook and repair trout habitat problems that would have been difficult to obtain permission for under a development permit.

The entire watershed is now being developed as retail and industrial park and all the scientific literature tells us that you cannot maintain a cold water trout stream in a watershed with this much hard surface but with proper planning it can be done. Come and see how.

Bob Rutherford, Thaumas Environmental Consultants Ltd will be our tour guide on the morning of November 10. Tour participants should meet at the Dartmouth Crossing Hampton Inn & Suites parking lot near Grassy Brook Park at 8:30 a.m. Please wear appropriate clothing and hiking footwear for a 2 – 3 hour tour in early November weather.

Shown below are aerial photos of the site as it existed during its early quarry days and then later as Dartmouth Crossing developed. As many people will know, there is a very large expansion to Dartmouth Crossing which is currently underway and is not evident in these photos. A map is also shown above to provide information for the tour starting point near the Hampton Inn & Suites. 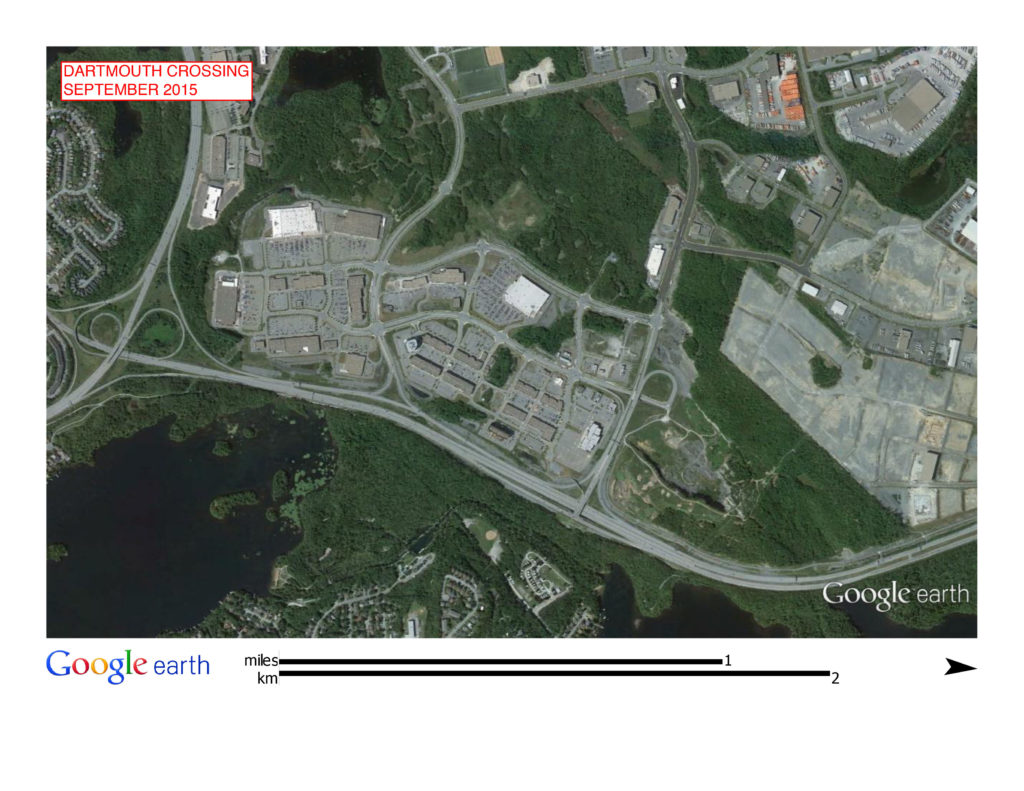